[The protagonist] must dig through caves collecting gems and diamonds and reach the exit within a time limit, while avoiding various types of dangerous creatures as well as obstacles like falling rocks and the constant danger of being crushed or trapped by an avalanche, or killed by an underground explosion.

Deep in the underground things are not the same as on the surface. Digging through tons of dirt, a spelunker hunts for gems watching above their head for falling rocks and staying away from dangerous monster. If they can find enough precious stones, an exit opens but will it be possible to even reach it in time?

Rock Rush is a clone of the iconic Boulder Dash with a few tweaks here and there. In this tile-based game you control a spelunker, who can dig through ever present dirt. Rocks, gems ad bombs without support fall straight down, yet both the player and the enemies are unaffected by gravity. Your job is to collect enough gems and reach for the exit before your time runs out. Rock Rush features five level sets, two of which are all original levels and the three remaining ones consist of levels from the Boulder Dash on Commodore 64.

Play the game for free in your browser (required Flash player):

Recommended for everyone, though slightly harder and more clever.

Levels from the first Boulder Dash game on C64.

Levels from the second Boulder Dash game on C64.

Levels from the third Boulder Dash game on C64. 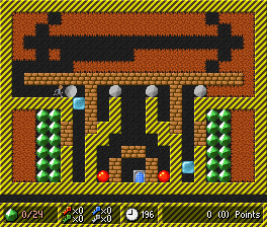 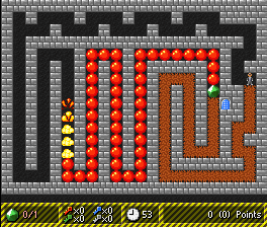 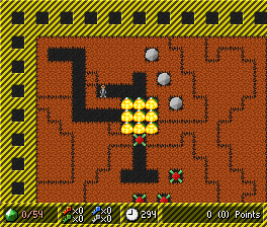 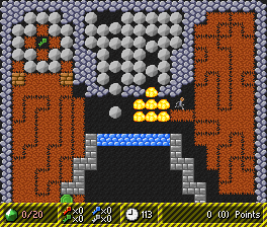 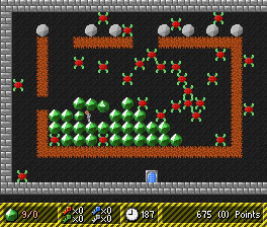